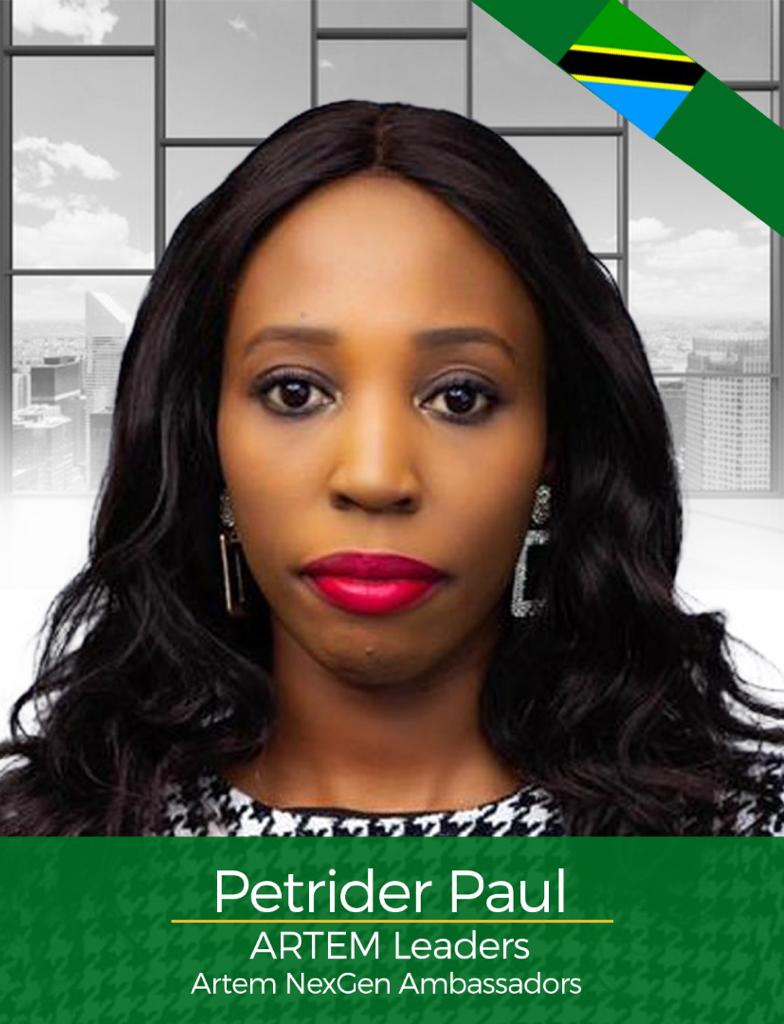 “Value chains require constant innovation and technology inputs to become and remain competitive innovation and a culture within projects that supports the generation of new ideas need to be consistently promoted.”

Petrider Paul is an Artem Next Gen Ambassador passionate about youth, gender and health issues and former African Union Youth Advisory Council member appointed by His Excellency Moussa Faki Mahamat Chairperson of the African Union Commission. She received an honor to be a 2018 Commonwealth Point of Light Award recipient from Her Majesty Queen Elizabeth II for her voluntary work to campaign to end child marriage and gender-based violence in the Commonwealth. Serves as a UNICEF Changemaker for children in Tanzania. I hold a Bachelors of Arts in International Relations from the University of Dodoma and a Post-Graduate in Economic Diplomacy from the Center for Foreign Relations in the United Republic of Tanzania.