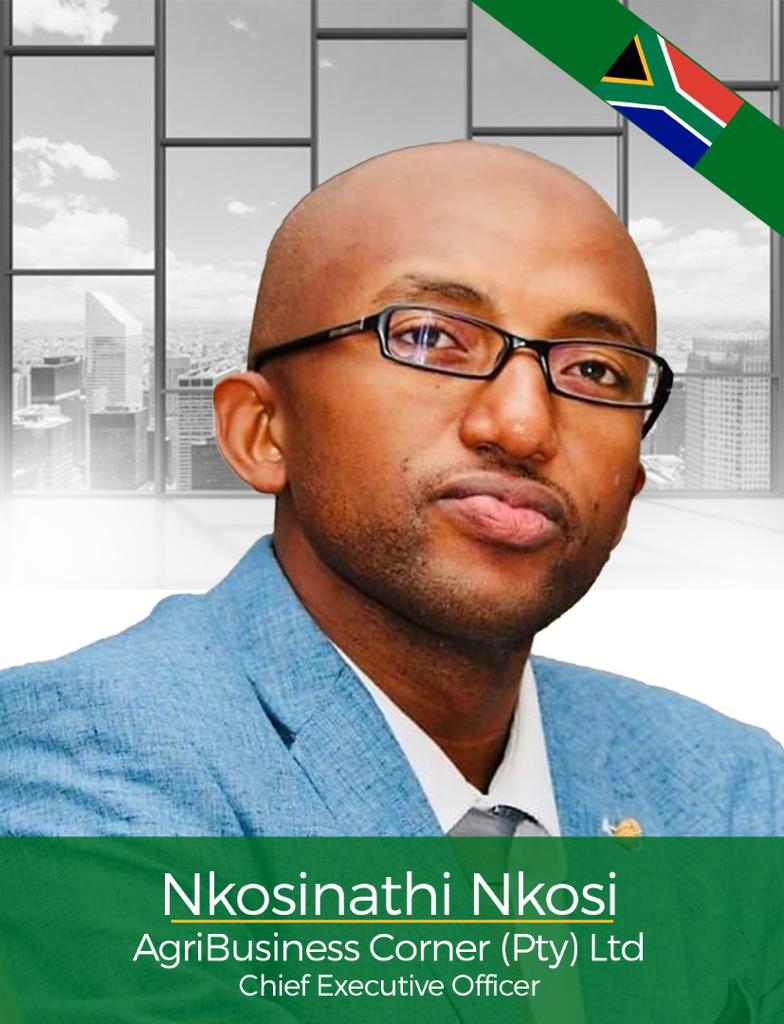 “The greatest curse to humanity is the elevation of employment. Equipping for growth and advocating for deployment in the agribusiness space will simultaneously result in job creation and inclusive economic growth.”

Nkosi is the Founder and Executive Director of AgriBusiness Corner Group and Chairman of AgriGroomers NPC, an entity aiming to motivate students and close the gap between them and the marketplace as well as promoting the implementation of research and the delivery of agricultural services to communities. Over the past years Nkosi has participated in various international events representing youth of South Africa in the agriculture space. In August 2015, Nkosi led the group of student volunteers who were assigned as resource people at the Centre for Coordination of Agricultural Research and Development for Southern Africa (CCARDESA) Youth in Agriculture Summit. In August 2015, Nkosi represented South African youth and presented on behalf of undergraduates in the Africa Geospatial Forum which was held in Johannesburg, South Africa. In September 2015, Nkosi was invited to co-facilitate The International Forests and Water Dialogue during the United Nations’ Food and Agriculture Organisation’s World Forestry Congress held in Durban, South Africa; and also to the roundtable discussions during Global Forum for Innovations in Agriculture (GFIA) held in Abu Dhabi National Exhibition Centre, Abu Dhabi, UAE, 20-21st March 2017.